As US and NATO propaganda reaches another crescendo in Aleppo, it is important to remind ourselves of a few salient facts. First and foremost we need to understand that the prevailing force occupying Aleppo and terrorising civilians is US and NATO backed Al Nusra in the city itself and ISIS in Northern and Eastern outlying areas.

We are re-publishing an article written in 2015 with the testimony of an Aleppo civilian who remains anonymous because of the possible threat to their family and friends if their name were to be made public. The content of the article is still relevant, even now, as The Syria Campaign in familiar fashion twists the truth into the shape of western propaganda.

According to the Syria Campaign, every missile that has targeted civilians in Aleppo has been dropped or fired by the Syrian Government forces.

Please note that their infographic is based upon information supplied by the SNHR another Soros backed NGO on the ground in Syria.

Notice the sharp contrast with reporting from SANA, the foremost Syrian media outlet with reporters inside Aleppo.

“Aleppo, SANA- Sixteen civilians were killed and scores others, most of them children and women, were injured due to terrorist rocket attacks on the residential neighborhoods of Aleppo city by the terrorists of Jabhat al-Nusra and other armed groups affiliated to it on Friday.

Many citizens were killed, a number of houses were destroyed and fire erupted in two places in al-Nile Street and Bustan al-Zahra neighborhood due to terrorists using explosive shells to cause massive damage in the area.

A medical source at al-Razi Hospital said that 16 dead bodies arrived to the hospital in addition to 32 injured persons, some of them are in critical situation and most of them are children and women.

Nine civilians were injured, including 5 children, in terrorist rocket attacks that targeted the villages of Qastal Jando, Baflouna and Qatma in Efrin area in northwestern countryside of Aleppo province on Friday, local sources told SANA reporter on Friday.

The terrorist attacks caused material damage to the locals’ properties, the sources added.”

HRW, Amnesty International and assorted Humanitarian offshoots are on a ceaseless crusade against the SAA use of barrel bombs. Today, Ken Roth even compared the use of Barrel bombs to the destruction caused by the nuclear bomb used on Hiroshima whilst failing to mention that the Israeli bombardment of Gaza in 2014 can very credibly be compared to Hiroshima in its destructiveness and tonnage of explosive dropped on innocent civilians in the besieged & battered enclave.

According to Roth, barrel bombs are also responsible for all refugees…not our Governments imperialist, murderous plundering of sovereign nations. Then Annie Sparrow [ Roth’s wife] is blaming all destruction in terrorist occupied Idlib on the SAA.

The barrel bomb itself is a rudimentary missile, cheap to produce [around $ 200 per bomb depending upon level of TNT]. It has design faults in that the fins on the bomb are still not aerodynamically perfect, despite several changes.

The detonation depends upon the bomb falling vertically on to its nose to trigger the detonator. It actually has a relatively high failure rate Its supposed advantage is that it can be launched from helicopters and the accusation is always that only the SAA use helicopters in Syrian airspace.

This has been proven untrue. It has been well documented that Turkey supplied helicopter cover for terrorist forces. “In the morning attack on Kassab, Syria on March 21, 2014 it was Turkish military helicopters which began the attack. That morning 88 unarmed civilians were killed, and 13 of those beheaded. The Turkish military assisted the FSA, Jibhat al Nusra, and Al Qaeda that morning with heavy canon fire and helicopter missiles shot at the Kassab police station.”

“The barrel bombs are a non-issue cooked up to vilify the SAA because other countries are not using them. I suppose it would be better if they could afford Tomahawk missiles at $1-2M apiece. We know how surgically precise they are and never touch civilians. If the SAA were dropping perfume they would probably be accused of chemical weapons.”

Direct quote from Khaled Abdel-Majid, the secretary general of the united Palestinian factions that are fighting the extremists in Syria, particularly Yarmouk, alongside the Syrian Arab Army.

Compare this description from a battle hardened fighter tackling the terrorist threat on the ground in Syria to the sensationalist marketing campaign from another Soros propaganda firm, the Syrian Network for Human Rights.

Fundamentally the Barrel bomb is a bomb…and a very crude one that bears no resemblance to the sophisticated missiles being deployed by the US and NATO alliance targeting civilian structures that goes unreported in western and gulf media.

October 2015 Moon of Alabama: Why is the US Silently Bombing Syria’s Electricity Network

“A military source told SANA that warplanes of the Washington alliance violated Syrian airspace and attacked civilian infrastructure in Mare’a, Tal Sha’er, and al-Bab in Aleppo countryside on Sunday.

The source added that the warplanes attacked the biggest electric power plant that feeds Aleppo city, which resulted in cutting off power from most neighborhoods in Aleppo city.

Just a week ago U.S. air attacks had attacked another power station and a big distribution transformer al-Radwaniye also east of Aleppo.”

NGO Complicity with Terrorism in Syria

It must be remembered that the SAA [Syrian Arab Army] is fighting a war but not against anti government rebels or moderates as depicted in the mainstream media. Rather its a dirty war against a merciless, depraved and bloodthirsty proxy army funded, armed and supported by the Empire interventionist alliance [US, Turkey, KSA, Jordan, NATO, Israel].

It is undeniably documented that Turkey is the main rat run, supplying weapons, supplies, chemical weapon ingredients and manpower often via the pseudo aid convoys. Serena Shim reported that WHO trucks were running arms and equipment to “rebels” shortly before she was killed in a mysterious car accident, after receiving death threats.

RT: Trucks are crossing Syrian-Turkish border with no restrictions near Reyhanli checkpoint, according to Russian Defense Ministry who released the footage.

In war, regrettably, civilian life is lost, it is unavoidable and particularly when terrorists embed themselves into civilian areas, converting civilians into human shields. Of course this is never mentioned by the Ken Roths and Annie Sparrows. Neither is it mentioned that the SAA make every feasible effort to evacuate densely populated civilian areas prior to targeting terrorist cells.

Another aspect of this warfare that is consummately ignored are the terrorist mortars and hell cannons that cause extensive structural damage and massacre civilians with a range of up to one mile.

How is it that these HRW “witnesses” on the ground [presumably under a barrage of missiles from both SAA and “rebels”] can categorically state what is causing damage and loss of life. The unreliable barrel bomb or the ground based and mobile hell cannon units that fire upon civilian areas indiscriminately or even the terrorist dug tunnels, packed with explosives and detonated as a diversion before they attack SAA/NDF positions.

“A fighter from the Syrian “moderate rebels” Bridge Sultan Murad is bombing the Shekh Maqsod neighborhood in Aleppo city. [Kurdish area]
At the 0:32 he is saying “Throw it on civilians , to the depth , they think we will not target civilians”

Read Eva Bartlett’s account of terrorist mortar attacks: The Terrorism We Support in Syria: A First-hand Account of the Use of Mortars against Civilians

“The people are crying and terrified by the “moderate peaceful opposition”. But we can’t bomb them because the “international community” will blame the Syrian army of using their unprecedented super ultra weapon that is way stronger than a nuclear bomb: Barrel bombs!

The terrorists are using mortars, explosive bullets, cooking-gas cylinders bombs and water-warming long cylinders bombs, filled up with explosives and shrapnel and nails, in what they call “Hell Canon”. (google these weapons or see their YouTube clips. The cooking-gas cylinder is made of steel, and it weighs around 25 kg. Imagine it thrown by a canon to hit civilians? And imagine knowing that it’s full with explosives?

Yet, the media is busy with the legendary weapon of “barrel bombs”! They came to spread “freedom” among Syrians! How dare they say that Syrian army shouldn’t fight them back?

For the first time last night, we smelled gunpowder. The shelling was so extreme to smell gunpowder in the air.

Results were nothing but new innocent victims. I mean, the terrorists failed in gaining new land, or occupying new buildings or quarters. They lost many of their “zombies”, but they don’t count, because they have no families or friends to weep on them like the case with civilians.

I apologize that I’m very upset, mostly not from the attackers and whoever is supporting them in Turkey over here (and Israel and Jordan in the south); but mainly from the liars in that conference in Britain or at the UN , who keep lying and lying, piles and tons of lies, about “freedom” and “barrel bombs” and live in their perfumed and ironed suites and ties, happy with their Ph.D. degrees in stupidity and fooling the world, having no problem in obtaining clean water, electricity, warm food, and the rest of services that we are suffering over here to obtain part of them.

Those people travel in 1st class airlines, and live in 5 stars hotels, and ready to come on TV channels to weep upon the “Syrian people” and blame the “regime” while giving a blind eye upon all the terrorists they are funding and supporting. I wish these people, whether they were Arabs or Westerns, Muslims or Christians, Syrians or others… I wish them Hell! And to taste and suffer the same pain they caused to innocent people.

Syrian army had defended the city, and all the lies on the media claiming the terrorists victories are nothing but rumours and gossip.”

The Hell cannon is a “wildly inaccurate” weapon even according to the Empire one man propaganda band, Syrian Observatory for Human Rights. In Aleppo the SAA is marooned in the centre of the Old Citadel and is fired upon by “rebel” positions scattered throughout the city. These inaccurate weapons are known to have caused massive damage to ancient Aleppo edifices but have also torn into civilian areas and ripped civilian limbs and bodies into shreds.

“Aleppo city has shrunk to a fifth of its original size, and became so crowded with refugees that fled their areas after they fell into terrorist hands. I walk everyday in the city. I see children, young girls without limbs because of a terrorist mortar or shrapnel that targets them randomly and causes terrible wounds and horrific memories that will never leave them.

The girl who lost one leg is standing on her good leg and selling bread, while the little boy who lost one arm is selling chewing gum. Those are the “injured” people who are mentioned fleetingly in the news, just numbers in one line of a report, after each attack from the terrorists. “Injured” doesn’t mean scratched or having a bleeding finger; it means someone lost his eyes or her limbs.” ~ The Wall Will Fall Aleppo Files

There is, unequivocally, a need to report upon all mortalities as a result of this devastating US NATO neocolonialist war against Syria. However the glaring bias towards the demonization of the legitimate national fighting force, battling a vicious, brutal and mercenary enemy is an insult to the intelligence & courage of the Syrian people and a deliberate obscurantism of truth and the extent of the duplicity and hypocrisy of our own governments.

Author Vanessa Beeley is a contributor to 21WIRE, and since 2011, she has spent most of her time in the Middle East reporting on events there – as a independent researcher, writer, photographer and peace activist. She is also a member of the Steering Committee of the Syria Solidarity Movement, and a volunteer with the Global Campaign to Return to Palestine. See more of her work at her blog The Wall Will Fall. 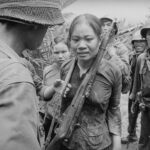 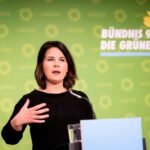 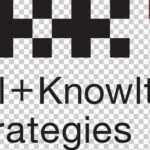 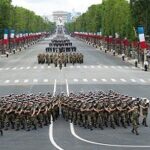 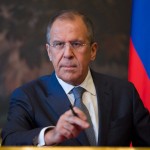